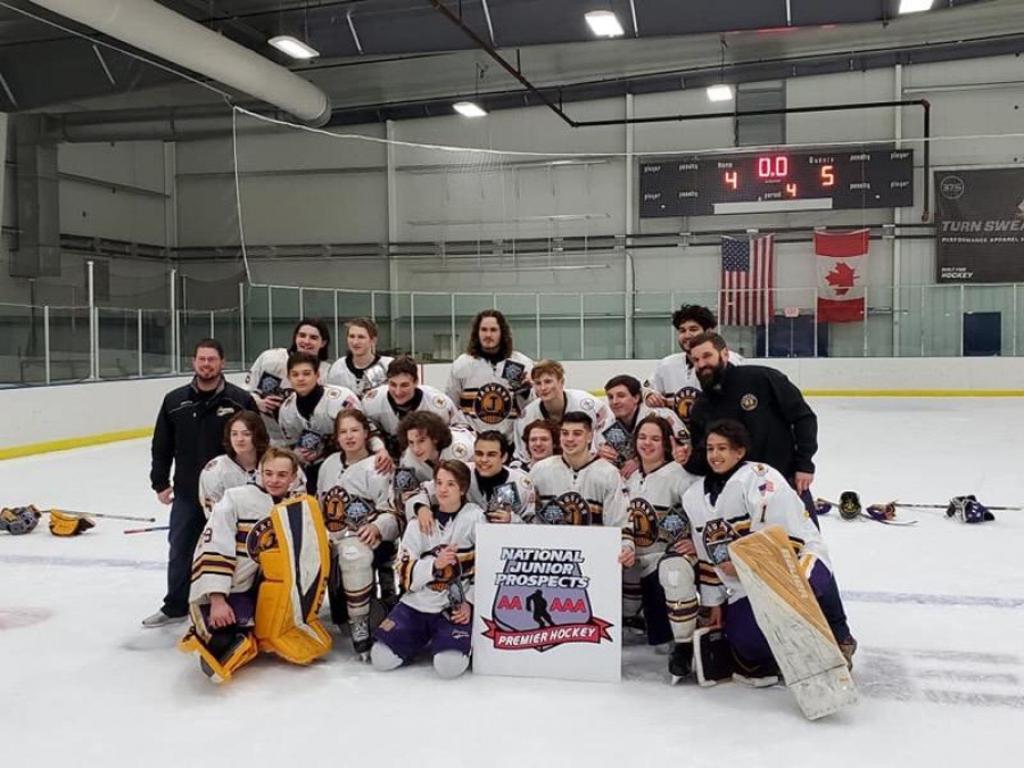 January 30th, 2020 - Every young hockey player dreams of a hockey game where the stakes are high and the drama is intense for winning a big game right down to the wire. Overtime.

Sudden Death Overtime ( such a great situation they even made this the name of a Hollywood Movie in 1994! ). This situation creates the ultimate adrenaline for any hockey enthusiasts that sits on the edge of their seats, biting their nails, and pulling for their team to be victorious. This all came to fruiition for the 18u Joliet Jaguars a few weeks ago in Fort Wayne, Indiana. For some of the Jaguar players, it was the only way to dramatically cap off their NJP careers after three or four years of hard fought battles.

After falling to defeat in their first game of the weekend, the resilliant 18u Jaguar team with a "never say die attitude" battled back winning three straight round robin games to qualify for the 18u NJP Tournament Championship.

In a game that contained five lead changes, end to end non stop action, regulation time was not enough to crown a champion. With less than a second on the clock in overtime, the Jaguars would find the back of the opponents net and celebrate their championship victory. True Elation with the Jaguar players, coaching staff, and parents would immediately follow.

CONGRATULATIONS TO THE PLAYERS, COACHING STAFF, TEAM MANAGER TONIA, AND ALL OF THE PARENTS OF THE 18U JOLIET JAGUARS FOR A GREAT SEASON OF NJP HOCKEY AND WINNING THE TOURNAMENT CHAMPONSHIP !